I was watching TV the other night when an ad came on for a new streaming service, Paramount Plus.

It was released in Australia this week and the best thing about Paramount Plus is that it’s owned by Paramount which produced a bunch of classic movies. It costs $8.99 per month, which is less than the cost of one trip to the movie theatre.

Within minutes I found myself in the app store about to download the app and join up for a free seven-day trial.

Before I stopped myself.

10 years ago, I would have been five days into my seven-day trial right now, and likely to be on the $8.99 per month subscription package in perpetuity.

These days, I have an internal rule: if I want to commit myself to a new expense, it has to replace an existing one. In other words, for one to come in, another has to go out.

You see, our household (i.e., my wife and I) already subscribe to Netflix and share accounts for Stan and Amazon Prime (probably not allowed, but oh well). We also have kindle for e-books, Audible, gym memberships and a fitness app subscription.

My point is this; we have 100 per cent control over where we spend our money. It can feel like we don’t at times, and often we will convince ourselves that when we earn more money, we will be able to save more money.

We will always spend as much as we earn unless we make a clear and conscious decision not to.

The key to spending less than we earn is differentiating between an expense that is a ‘need’ or simply something we ‘desire’. We need food and roof over our head. We don’t need an Xbox, clothes dryer or third (or fourth) subscription service.

Sure, there are some grey areas and it’s easier said than done. But the point stands; we control how much we spend if we make the conscious decision to be disciplined around what is a need and what is a desire.

That’s the bulletproof tip this week: 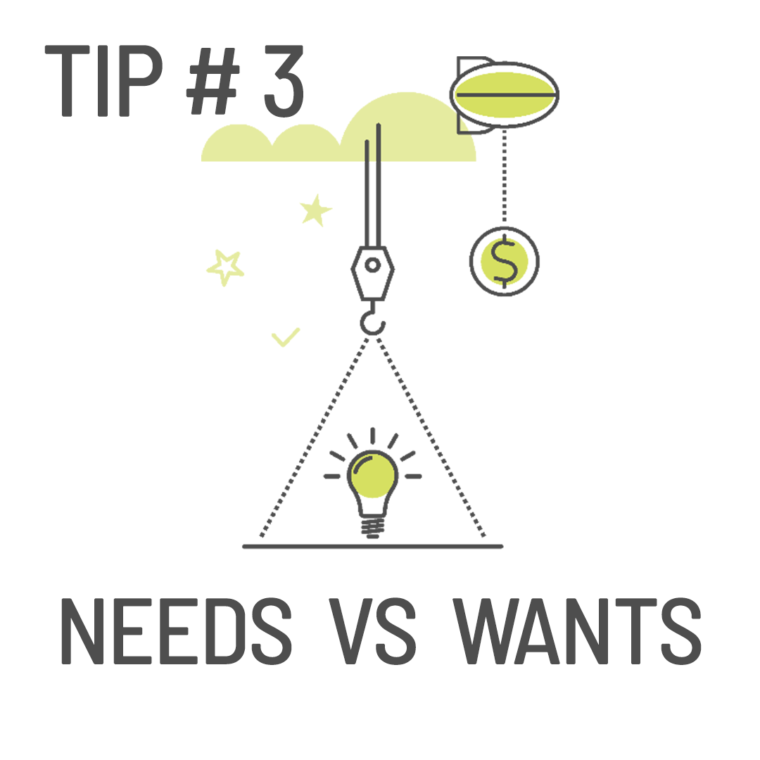 Spend on what you need, not what you want. Identify all the things you spend money on (expenses) and categorise them as either a ‘need’ or a ‘want’. If the expenses exceed your income, it’s time to get rid of some of the ‘wants’. If you’re struggling, cancel all your cards and order new ones; this will help kick-start the process.

That last tip was an ‘a-ha’ moment for me.

A few years ago, I’d been out on the town and lost my debit card (probably in the process of buying a round of drinks…). I woke up the next day and had to cancel the card and get a new one sent out.

The most amazing thing happened over the next few months.

I started getting phone calls, text messages and emails from companies asking me to reactivate the direct debits on my account. There were a bunch of things I’d subscribed to over the years and had forgotten about. It was like a ‘detox’ with each phone call, text or email, prompting me to ask myself ‘did I really need this particular expense?’

I ended up saving myself a couple hundred dollars a year when it was all said and done!

Ever since then I’ve been doing it every year or two… no one’s perfect after all!

So, if you’re stuck on where to start, here is a little hack for you. Call up your bank and cancel all your cards and get new ones sent out.

Q – My partner and I are 33 and feel we are in a positive position to invest in property. In your book you regularly talk about the importance of buying in a high growth area. We are thinking of purchasing in the Moreton Bay region north of Brisbane, however I am finding it difficult to find reputable sources that discuss future spending and forecast population growth?

It’s going to be the data itself rather than a summary, but it’s going to be 100 per cent accurate, which is important if you’re about to make such a big decision.

How exciting for you both; good luck with it!

Selling, Buying and Our Next Step

Q – What are your thoughts on selling in this crazy market? We are thinking of selling a property we just renovated and moving back into our previous principal place of residence (PPR) which we had rented out. This way we can use the profits on the renovated property to pay down debt on the previous PPR and be debt free – woohoo! Then we’re going to look for another investment property.

My thoughts on selling in this market is to try and buy before you sell. I’ve even seen some people sell recently with a contract condition that settlement is conditional on the seller (i.e. them) finding another place within six-months.

Sounds like a good plan to clear your non-deductible debt on the PPR. Have you spoken to a broker about potentially renting out your current place instead and buying another investment using the equity?

Just a thought, as you pay so much on the way in and out of property, and if the rent will cover your mortgage, and you don’t feel too stretched, then that could work for you. Just an idea.

Whilst it feels nice to be mortgage free, with interest rates so low you might be better off trying to leverage the equity into another one so you can make the most of this period of growth.

Provided you’re comfortable and build in a buffer for interest rate increases (I usually work on 2 per cent), that’s another option for you to consider.