What Afterpay taught me…

The Australian-born company sold this week for $39 billion to US giant, Square, which is owned by the founder and CEO of Twitter. Just seven years after it was founded by two neighbours who met while taking out their bins. It’s a truly great Australian success story.

It’s the biggest acquisition of an Australian company in history.

But is it good news?

For those who are not familiar with it, Afterpay allows you to pay for a purchase over four instalments, with a payment due every two weeks.

It makes money two ways, from the seller and from the buyer.

From the seller Afterpay charges a 30-cent flat fee on every transaction. On top of that, sellers pay a fee of about 5 per cent of the transaction cost.

Afterpay claims that its instalment option leads to an increase in the average order value of 10 per cent to 20 per cent.  Hmm…

From buyers, Afterpay charges late fees. For each order below $40, there is a maximum of one $10 late fee plus $7 if you miss the payment by seven days or more. For each order of $40 or above, the total of the late fees is the lesser of 25 per cent of the order value plus $68.

To me, that makes it just another version of a credit card; one that is more successful at getting people to spend more of their money, and charges higher interest rates (the average credit card interest rate is a tad below 20 per cent, versus 25 per cent at Afterpay).

Some context: personal finance is cited as the single biggest cause of stress for one in two Australians. In 2018 – before the pandemic and when Afterpay was a third of its size today – the Commonwealth Bank of Australia released a study that revealed one in three Australians spent more than they earned each month.

Mental health is a massive challenge for the world right now. The biggest mental health challenge in Australia is anxiety, with 13 per cent of Australians experiencing an anxiety-related condition. Individuals with anxiety (and depression) are three times more likely to be in debt.

I confronted my own experience with anxiety as I finished university and started working. I had $100,000 in government study debt and $40,000 in personal debt accruing interest at 11 per cent per annum.

Cue anxiety: I began waking up at 2am, stressed I wouldn’t have enough money to make the repayments and stressed about how much money I was wasting on the 11 per cent interest.

In hindsight I was being a tad irrational. My anxiety related to the fact I didn’t have control.

Four of my Bulletproof tips relate to getting control of our personal finances.

One of my favourites is to keep cash as your king. 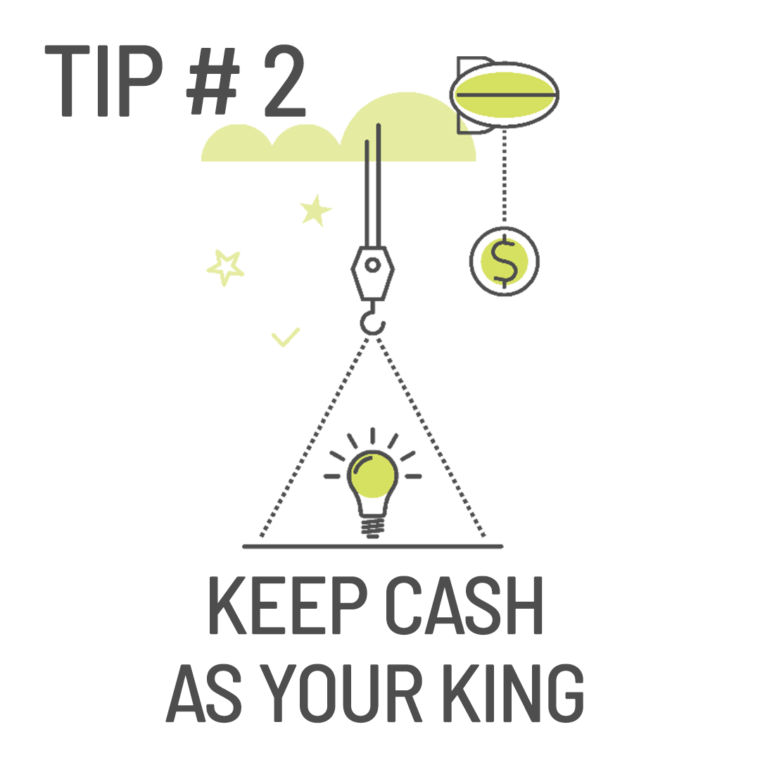 KEEP CASH AS YOUR KING

Curb your discretionary spending by withdrawing cash each week for your discretionary expenses (for example, eating out, entertainment, coffees, drinks and shopping). Once that cash is gone, that’s it — you can’t access any more. This helps you prioritise, and where necessary eliminate, your random spending.

I don’t use Afterpay because I buy all my discretionary items using cash. I’d go as far as to say that using cash instead of contactless payments was life-changing for me.

While difficult during COVID it is not impossible. For the past 11 years I have been going to an ATM every Friday morning and drawing out $200 cash. I still do that to this day. Coffee, eating out, beers, entertainment and shopping. All those items that I don’t need but want. The $200 has to last me from Friday to Friday and once it’s gone, it’s gone (look at the empty wallet for the evidence!).

It brings me great sadness that cash is unfortunately dying a “slow” death.

By 2019, 83 per cent of all transactions were tap-and-go card payments. It would be much higher post-pandemic. Throw in the proliferation of online shopping and buy now, pay later, and you can increase that to at least 90 per cent.

I think most people would agree with me, if they’re honest, that tap-and-go and buy now, pay later payment methods lead to bad spending habits.

By the way, I have a free budget tool that would help you get control of your money. You can get it HERE.

Q – We own our home and are considering getting an investment property. I wondered your thoughts on paying lenders mortgage insurance when investing in property?

A – You probably know this but if you borrow more than 80 per cent of the property value, then you will have to pay lenders mortgage insurance (LMI).

I paid mortgage insurance on my first three investment properties because it helped me get into the market with less of my own money. It’s tax deductible and it meant for me that I could get into the market sooner than if I had kept saving for a 20 per cent deposit.

Having said all that, whether or not I’d recommend it depends on your circumstances.

I didn’t own my own home when I started so used cash instead of equity.

At the end of the day, I’m certainly not against taking on mortgage insurance in the right circumstances.

Good luck with it all!

Q – I read your book and noticed you prefer capital city properties. Does your opinion on that change with the change in times due to covid where people are leaving the main cities to live more rural or regional?

I agree that there has been a push to the regions over the past 12 months, however I don’t think that will be permanent.

In property, as in any investment, you need to have a long-term view.

I think working from home will be a part of our lives moving forward, but I think we’ll see a hybrid model for most with people working from two to three days a week and commuting to the office for the rest. Therefore, people are still going to have to be within a short drive of a capital city.

What I think it will do is amplify the population growth we’ll see in suburban properties that have a block of land with a house on it. ‘Tree change’ as it’s being called.