Reading this will help  you lead a stress-free life

Well, apparently, it’s to do with their Mediterranean diet, home-grown vegetable gardens, some religious fasting and frequent socialising.

Today the average Australian lives to 83 years of age. That has increased from 74 years in 1980. So, the current older generation are living almost a full decade longer than the previous generation (their parents). The biggest influences on life expectancy are diet, fitness, lifestyle (smoking and alcohol being the main ones) and stress.

I can’t help but think we are better making progress on the first three but regressing on the last one.

The Finnish Institute of Health and Welfare conducted three studies between 1987 and 2014 and concluded heavy stress reduced life expectancy by 2.8 years.

Spend five minutes with anyone older than 70 today – immigrant or otherwise – and you learn the goal was to own their own home, pay the debt off as soon as possible, and always have some ‘cash’ set aside for an emergency.

Afterall, born in 1940 thereabouts, they were raised in a post-war era by parents who had endured the great depression of the late 1920’s and early 1930’s.

Owning their home, paying off the debt and squirrelling away some cash for a rainy day would have been drummed into them from an early age.

It makes sense when you think about it; stress causes conflict, interrupts sleep and brings on fatigue. At least that’s what it does to me!

I’m told that my great grandmother would keep a stack of cash hidden inside the mattress of her bed.

Today we live in a cashless society and with the emergence of e-commerce and digitalisation (not to mention online gambling), it’s never been so easy to spend money.

Which brings me to my bulletproof tip this week. 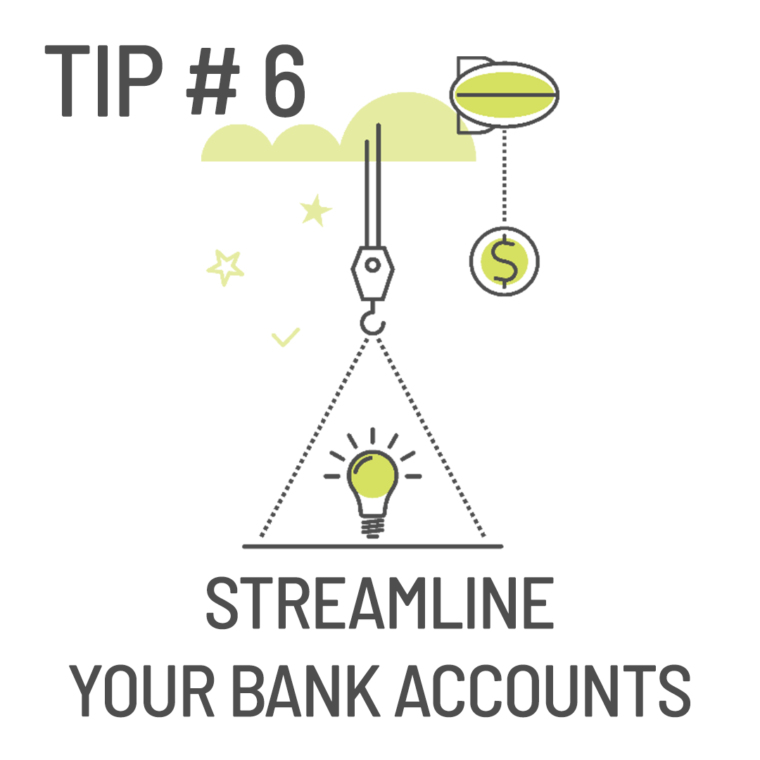 BULLETPROOF TIP:  Streamline your bank accounts. If you’re not sure where to start, here is a little step you can take. Set up the following three bank accounts:

I’ve got my own modern-day version of the ‘cash mattress’ which is my streamlined, James-proof, bank accounts.

Two weeks ago,, I wrote about how paying 10 per cent of my pay each week into the ‘Future James’ bank account immediately made me feel less anxious about my finances.

A week before that I wrote about the mental freedom that came from understanding that we control how much we spend if we make the conscious decision to be disciplined around what is a need and what is a desire.

I get paid every fortnight on a Friday morning (dangerous, I know). The money goes into my Everyday account. From there automated transactions are set up – the first, to pay my home loan, the second to my Future James account, and the third to my ICE account.

I don’t have a card for any of those bank accounts and I keep the internet banking details locked away in a book at home to prevent me transferring between accounts at vulnerable times.

The Future James and ICE account are effectively my modern-day version of the cash mattress.

For those who get paid monthly, are self-employed or don’t have consistent income, the structure might be slightly different – you probably have to do it manually – but the same principles apply.

We will always spend as much as we earn unless we make a conscious decision not to.

If you’re needing help with this aspect, my FREE budget tool helps you figure out how much you need to allocate to each of these transactions.

I’ve got a goal of saving $50,000 and have got my budget set up, saving 10% etc. Is there anything else I could do to supercharge my savings?

Nice goal and good question. There are a few things you could do to supercharge your savings:

I’m looking for my first home but not sure whether I should wait two years until things get back to normal. What do you think?

Most people can’t save $12,000 per month. I’m not saying that house prices will continue to grow by that much over the next two years. But I’m certain that they won’t crash or drop in value. Therefore, I don’t see the upside to waiting when the downside could be paying more than what you would have to pay today.

Having said all that, you should absolutely wait if you have uncertainty around your job security, don’t quite have enough deposit saved, or if the repayments (with a 2 per cent interest rate buffer) are going to stretch you.

If those things aren’t a problem for you, then my view is why wait?

Paying off my investment debt?

Is it worth converting to principal and interest on investment property loans given such low interest rates? Or should I wait until I have paid off my home?

Good question and I get this one a lot.

That money is better off going toward paying off your home loan which isn’t tax deductible. If you did the numbers on it, you would find it will take years – perhaps even decades – off the timeframe for making your home debt free.