The news that caught my eye this week was the sale of Stone and Wood to multinational conglomerate Lion for $500 million.

That company, based out of Byron Bay, now accounts for 1 per cent of all beer sold in Australia. That’s roughly 15 million litres per year, or 35.3 million schooners! Not to mention a $500 million pay day for those three mates.

It’s an impressive story. One that is motivating; seeing people chase their dreams and make money in the process.

My takeaway from it all is the power of mentorship.

In 2009, less than two years after the company was started, Little Creatures bought 20 per cent of Stone and Wood. More importantly, as part of that investment, two of its founders joined the board at Stone and Wood.

Here’s what one of the Stone and Wood founders says about that important moment in time:“

We said look guys, would you be keen to join in, put some money on the table and act as our mentors around the board table and given they’d been through what we were about to go though, it seemed like the right thing to do… they put some money in and that sort of helped get us through that early patch.”

Which leads me to my bulletproof tip for this week. 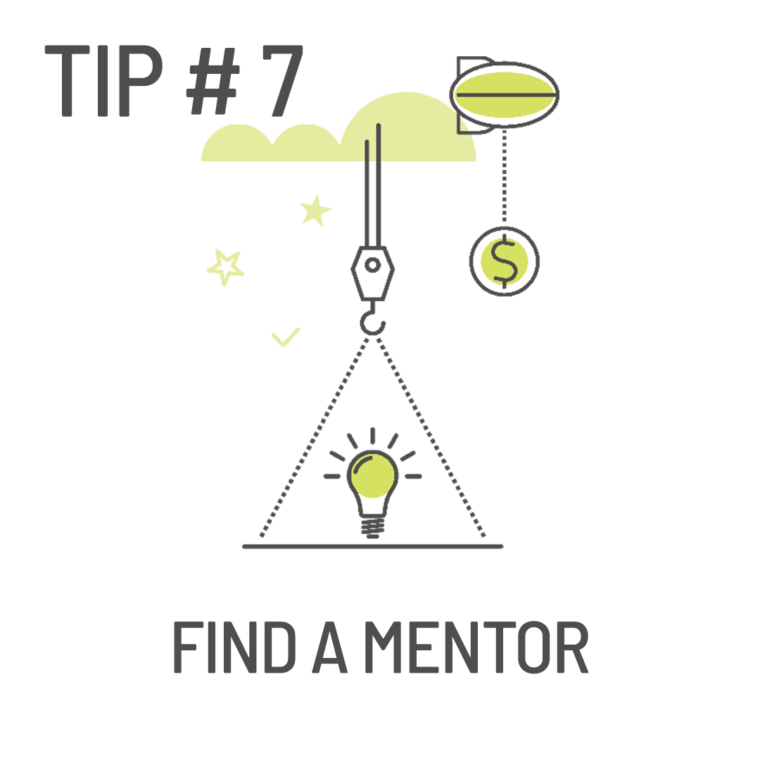 Find someone who is successful and ask them to mentor you. Catch up with them for coffee or a sandwich every now and then and ask them to help you better understand how to be successful with money. It is important they are financially successful and have values and beliefs to which you aspire. It could be a family member, friend, work colleague or neighbour.

I cannot understate the importance of a mentor.

The guys at Stone and Wood probably would have had success without mentors. However, I have no doubt that they achieved a greater amount of success in a shorter period of time as a result of that mentorship.

A mentor is someone who has already achieved something you are setting out to achieve. They act as a sounding board, providing valuable guidance as you work toward a goal. A good mentor saves you time and money, ensuring your experience is less anxious, particularly in the early stages.

My mentor when it comes to personal finances and building wealth is my Uncle John, a multimillionaire entrepreneur and property investor.

When I was 20 years old, I started working for him as his assistant. It was a fantastic job for a 20-year-old university student, getting exposure to the practical inner workings of a diverse business and the razor-sharp mind of its founder and CEO.

One of my daily tasks was to sift through the Australian Financial Review newspaper and pick out three numbers that appeared in news articles that had direct application to our business, and to John as an investor.

I learned a lot in the process, seeing how someone as successful as John interpreted specific numbers. He often gleaned something very different from what I would describe as mainstream thinking. He taught me to look beyond the obvious.

That’s what you learn off successful people – their habits and way of thinking. The things they do day in and day out to achieve their success, and how they approach situations; problems or opportunities.

I’ve made my FREE habits workbook available here.The workbook shows you how to build new habits, or replace bad habits, over 28, 56 and 84 days.

I’m ready to get started with my investing. Can you give me a tip on how best to start?

This is probably the most common question I get.

There is a famous saying by a Chinese philosopher that says “the journey of a thousand miles starts with a single step.” Without knowing your situation, I can’t be certain what that first step would be, but I’d be pretty confident it will be finding yourself a mentor.

Find a family member, friend or professional who has achieved success as an investor and ask for their help. Don’t be afraid to show some vulnerability and admit you don’t know certain things.
Buy them a coffee or sandwich and share with them your questions and concerns when it comes to investing and the steps you’re wanting to take from here.

In relation to your newsletter last week about paying off bad debt. What if we have paid off all our bad debt, should we be starting to pay off some the debt on our investments?

First of all, congratulations on paying off the ‘bad’ debt!

This one isn’t a one size fits all. Depending on your age, where you’re at and where you’re trying to get to, it may be best to start paying off some investment debt.

However, in a lot of instances that won’t be the best move. Reason being is interest rates are so low that you’re likely to be saving yourself 3 per cent in interest. What I mean by that is, should you have some cash lying around, you’re going to be able to get a better return on that cash by investing it.

You could probably get double the 3 per cent on some fairly low risk investments, and significantly better if you leveraged it into real estate.

Hope that helps give you some food for though.